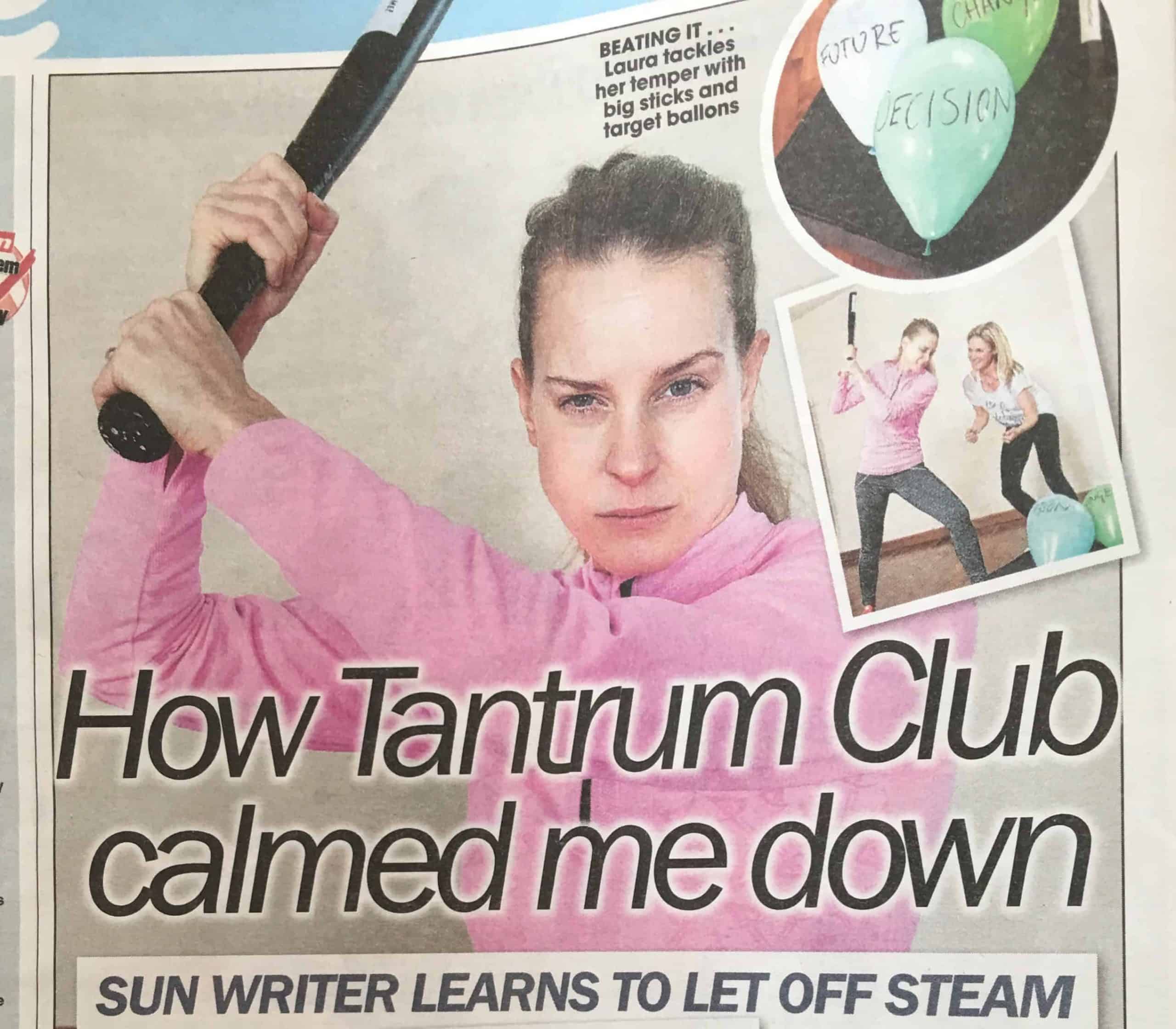 Tantrum in the News – Scream! (If you wanna be calmer) 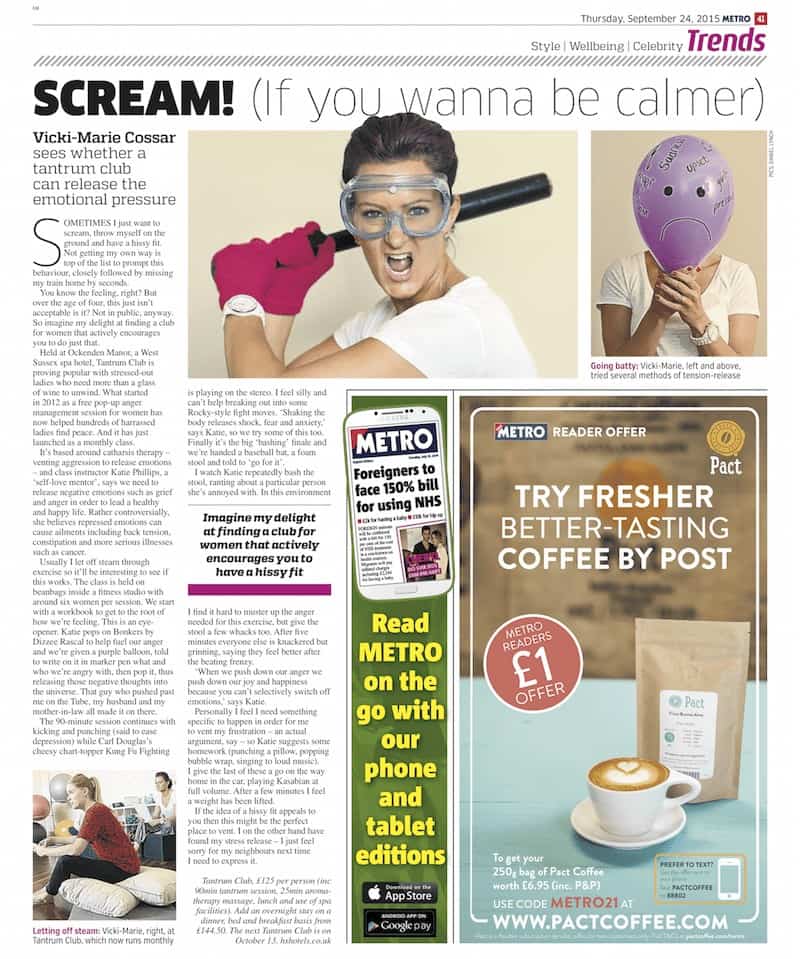 See below for the latest publication about our very own, Tantrum Club! (Click to download full resolution PDF edition) tantrum spa club 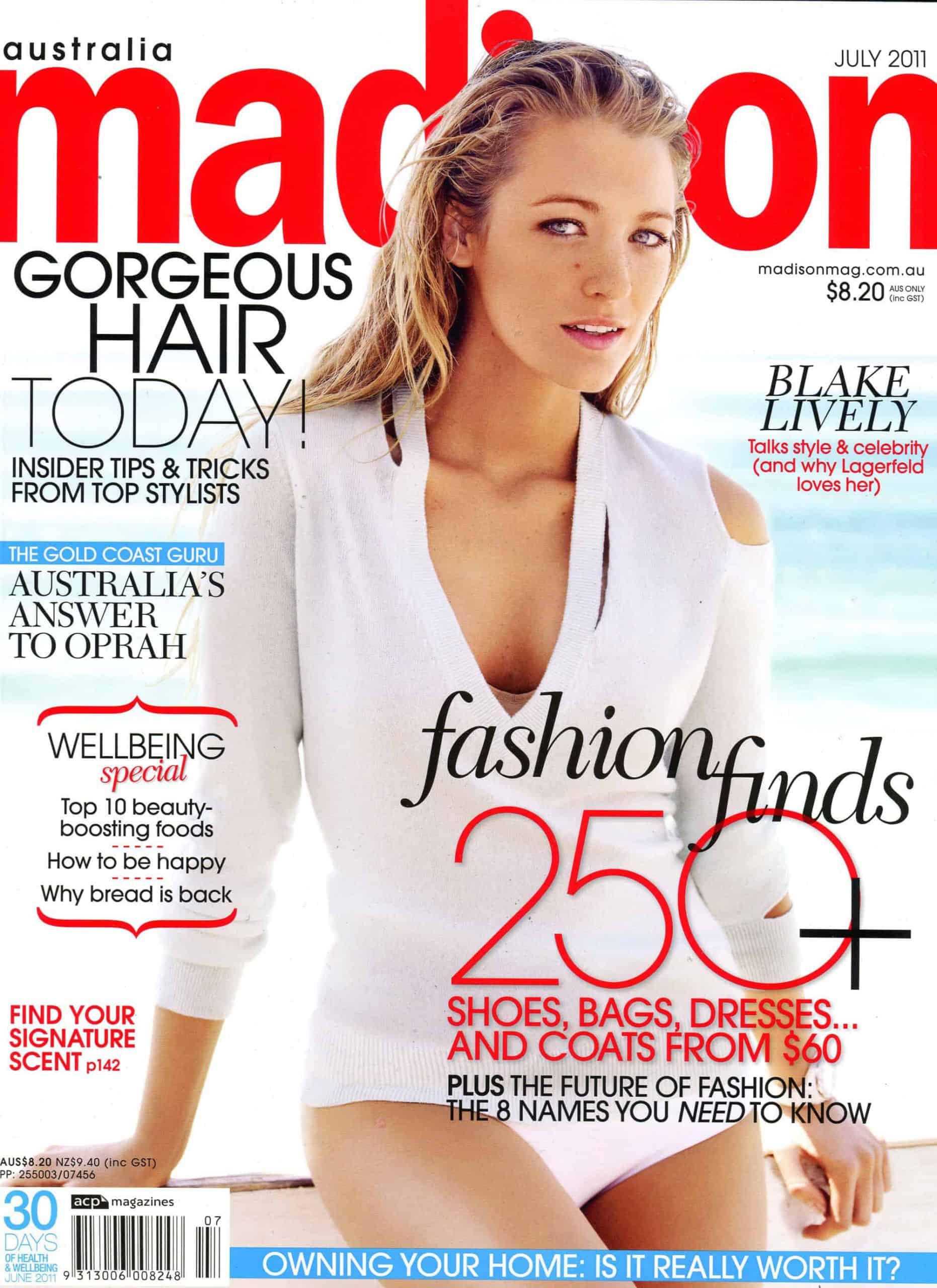 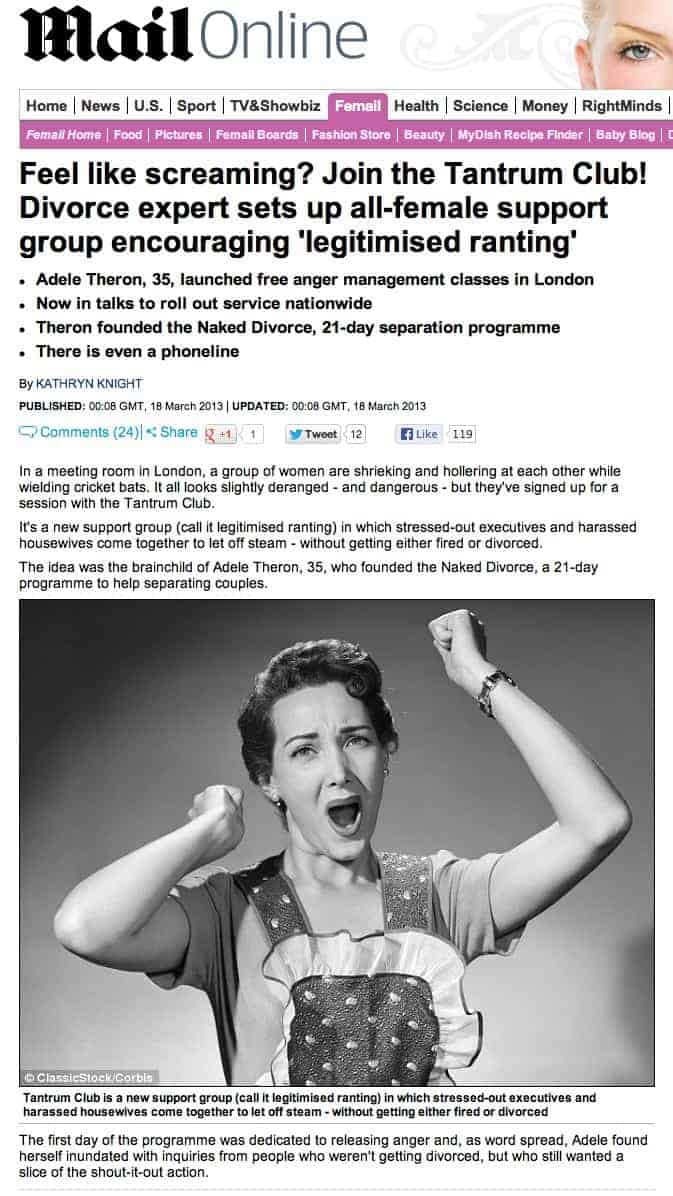 Mirror UK – Tantrum parties: The new anger management class that’s set to be all the rage

In a world where we are told to keep it all in, Tantrum Club is for those who believe it is high time we let it all out.”…. “The brainchild of life coach Adele Theron, Tantrum Club believes that women heal through emotion, not logic.” Read all about Tantrum Club in new MIRROR 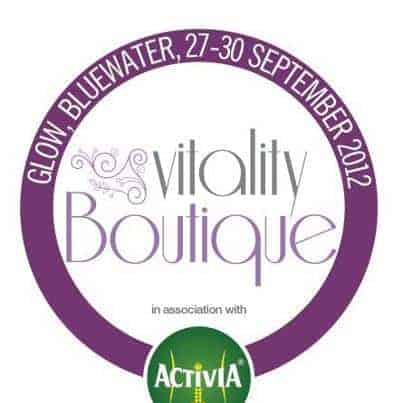 I’ll forgive you for thinking this blog is about dealing with toddlers. It’s not. Rather, it involves adult women, balloons, sticks and baseball bats. It’s all part of a talk I attended at last weekend’s Vitality Boutique event by Adele Theron, otherwise known as the Divorce Angel. You don’t actually need to be a divorcee to find […]