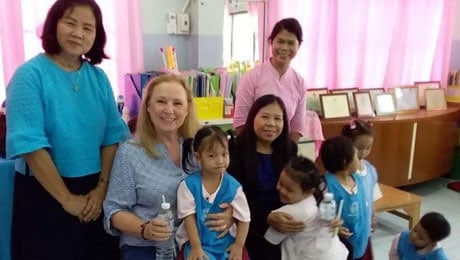 Hey, this is Adele from Naked Recovery…

So, I want to thank everybody who gave us so many awesome comments about my first tips video in advance of the webinar, thank you.

Thank you for watching the tips video, and here’s the third one. We wanted to make sure that we really covered some good content prior to the actual webinar itself. So in the previous video, we were looking at all the kind of blockages to achieving a victor mindset, and in today’s video, we’re going to look at what it actually takes to adopt a victor mindset when you’re going through any kind of life turmoil.

So I’m going to cover some cool stuff that we’ve developed in many of our retreats, I’m going to be referring to some notes, hope you don’t mind I’m going to kind of look down at my notes, come back to you, and so and so forth. But, I wanted to make sure I don’t skip any of the really cool stuff that you need to know. All right, so without further ado let’s look at that.

In the last tips video, we covered some of the blockages to actually adopting a victor mindset. We looked at the concept of resiliency and what blocks resiliency is a kind of learning resistance and the learning defiance. In this video, we’re going to be looking at this mentality of being a victor.

Now anytime you feel like something’s happening to you and you’re in that place of being victimised this is such a normal response for people to be there. I was just cruising in my life, this thing happened, and now I feel at the effect of it and therefore victimised. Being victimised is a very normal part of the healing journey, it’s actually the first stage is the victim stage, is that feeling of being victimised.

So, if you find yourself in that stage don’t be hard on yourself about it. It’s not a problem. The problem though is when that stage lasts a really long time, and you can kind of get stuck there, and a little bit bitter. So what we want to do is look at what are some of the techniques and mindset you need to have to move on from the victim stage through the various other stages of healing. So, if you’re in that kind of victim mentality you’re going to be feeling not good enough, this thing has occurred and happened to you.

You might be saying things like, “Poor me, how could this have happened?” You’re feeling reluctant, you’re feeling maybe a bit of outrage, you’re sympathy seeking, you’re feeling quite righteous in feeling hurt, entitled to your hurt. Maybe there’s a blame of shame game that you’re having your fault-finding, very, very normal to be in that in the first kind of stage after turmoil.

To move from the victim stage to the next stage of the journey, which is the stage of feeling like the survivor, what you need to focus on is shifting your perspective where you’re kind of in this victim place to the next part where you’re beginning to cope with what has happened.

Now an analogy that we sometimes use is if you’re driving along in a vehicle, and you’re driving along in that vehicle and the driver of the vehicle is actually the person that has created the trauma in your life. If you’re feeling like the victim you’re actually the person that has been hit by whatever it is that they’re doing. You’re actually the pedestrian that has been hit by this vehicle and you’re in a place where you’re feeling victimised by the driver of that vehicle.

Now whoever the driver is, maybe it’s a corporation that has fired you, or maybe it’s someone who’s cheated on you, or somebody who is divorcing you, or someone that has created an accident in your life. You’re in that place of feeling like the pedestrian at the effect of what they’re doing.

What we want to do is move you from the place of being the pedestrian to being the passenger within the vehicle. So this is the place where you’re actually witnessing what is occurring and you’re beginning to cope with what has happened rather than feeling at the effect of what has happened. So, you’ve gotta shift your attention from blame seeking to focus on what you can take ownership for, and accountability for. And to have a plan in place for managing all the triggers that are occurring off the back of this thing that has occurred in your life.

To get from the place of being a victim to the place where you’re starting to survive the situation you must commit to the survival. You must tell yourself, “Okay, I’ve had enough. I need to get over this now. I need to begin to move on.” And you’ve gotta commit to actually moving on and developing those coping mechanisms. So, that’s the next stage and that’s the mindset you need to have to get to that next stage.

Now that’s not the end, right? To move beyond survivor, ’cause survivor’s also a disempowering place. It’s disempowering because you’re alive but you’re not living. You’re surviving but you’re not thriving, right? You’re not actually loving life, you’re just kind of surviving life. So to move on from survivor the next stage is to be in the learning stage, and that’s where you really decide that there’s gotta be a better way.

So if you commit to learning, you’re starting to kind of learn and integrate things that you’re learning, you’re in that learning stage and that’s the first stage of the next part, which is healing. So you’ve got victim stage, survivor stage, learning stage. If you want to get into the healing stage this is where you need to start actually processing and integrating some of those learnings.

You’re actually ready to let go of this pain and the punishment, you want to move on. And you’re starting to practise what you’re learning. When you take learning from a cognitive understanding perspective and you start practising what you’re learning that’s when the healing starts to occur.

Now that’s not the end either, because the final stage, the way you really want to get to is the victor stage.

You feel like none of the suffering that you’ve been through has been in vain. And you realise that whatever’s happened to you hasn’t made you less, it’s made you more. And you see that what’s happened is an actual blessing for your life, and it was a necessary turning point for you to go through to have this new life. So the victor stage is really what we focus on producing in all of our retreats and programmes, but it’s really for yourself if you want to move from being the victim to the survivor, to the learning, to the healing, to the victor stage, you’ve gotta really focus on integrating all the things that you’ve learned to produce the breakthroughs, to eventually have a place where you feel grateful for what has happened.

When you feel grateful then you’re in the space of being the victor.

When you actually integrate those learnings into your life and have those breakdown and breakthrough moments then you’re in the healing phase. And when you start having an experience that you can share the victory, and you’re grateful for everything that has happened because you feel like your life is better for the trauma that you’ve been through, that’s when you’re in the victor stage.

So, I hope that’s kind of helped you in terms of what are all the stages you need to go through to develop the victor mentality, but you’ve gotta take it one day at a time. You can’t leapfrog from victim to victor overnight. You’ve gotta really go through the stages of development. So, some other principles to look at is, at the end of the day you’ve gotta take responsibility and ownership for your own healing journey, your own recovery.

Don’t take on any kind of unearned guilt or shame from the event. Focus on having compassion for yourself and just moving forward every single day. Don’t compare yourself to other people. Be nice to yourself. Just give up all those destructive emotions, and the parts in the victim stage that keep people stuck, just keep committing and moving forward, and developing all of those steps as you go.

All right, so that’s what I wanted to cover in this tips video. I hope that was useful.

Come and join us on the Overcome Any Life Event online seminar, we’re going to be covering in a lot more detail a very special technique that you can use to really overcome any trauma in your life.

So we look forward to welcoming you on the webinar, till then.